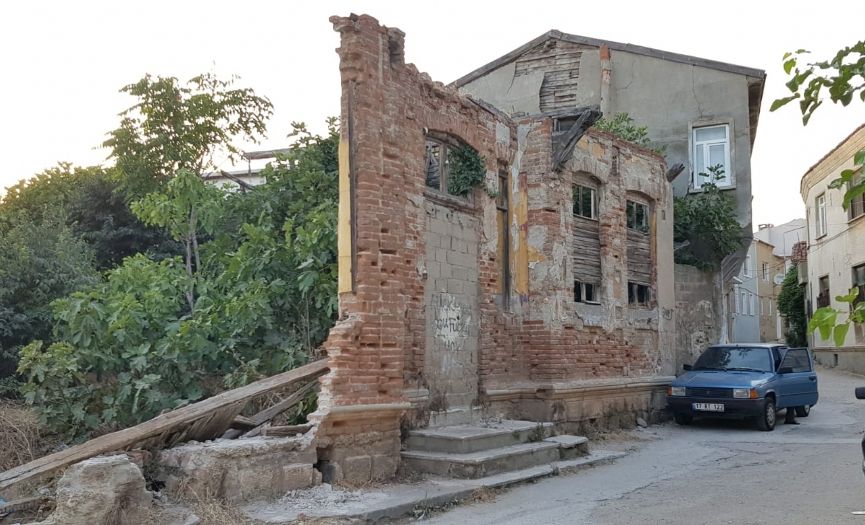 The remains of the Gelibolu Synagogue

Rabbi Chitrik during his travels all around Anatolia, from Çanakkale to Cappadocia, from Tarsus to Diyarbakır, met with the few Jews who still lived there, visited the synagogues of which only remains were left and cemeteries that were in bad shape.

Traveling to extraordinary places of Anatolia with Rabbi Mendy

We met with Rabbi Mendy Chitrik, the Rabbi of the Turkish Ashkenazi Jewish Community, and the person responsible for assigning Kosher certification (the certification that states the food/drink is suitable for Jewish religion) in the name of the Chief Rabbinate of Turkey and Denet Food Co. He told us all about his one-month long travel to Anatolia. Right after he arrived at our meeting place, finishing his bike track between Nişantaşı-Bakırköy, he started telling about his interesting travels energetically. 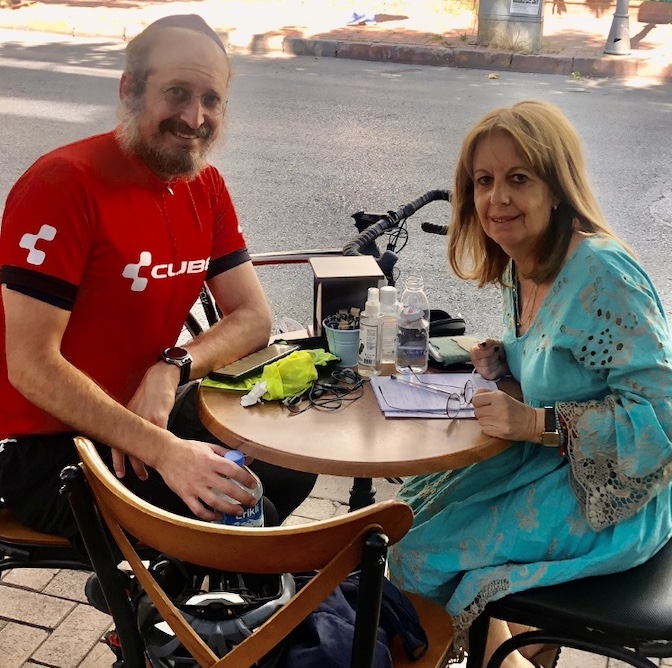 Rabbi Mendy, what gave you the idea to take a trip like this?

Each year around 200 Turkish companies apply to be able to manufacture according to the Kosher Certification. Therefore, a few times a year, we visit the applying companies, make sure everything is suitable to Jewish laws, provide the companies that want to manufacture Kosher foods with the Kosher certification which is needed both in Turkey and to export to other countries.

These certificates which are given anew every year, this year due to Coronavirus, could only be audited online. So, we decided to take a road trip to visit all the companies. We rented a car and drove on with my son. We also put our bikes in the trunk. This was the main reason for this trip and during this one-month long trip we visited and inspected around 100 companies.

Where did your journey start, where did it lead you?

Our journey started from Eskişehir. As we inspected the factories, we had the chance to visit the Jewish communities on the way. Both as a person and a rabbi I love history. In Torah, there is the sentence “Zehor yemot Olam / Remember the world history”. When we understand our history, we understand our essence, our identity better.

From Eskişehir we went to Konya, Niğde, and Cappadocia. In Konya, we visited Mevlana. The goal is always the same; to be one with God. Therefore, on the same road parallel statements are developed. 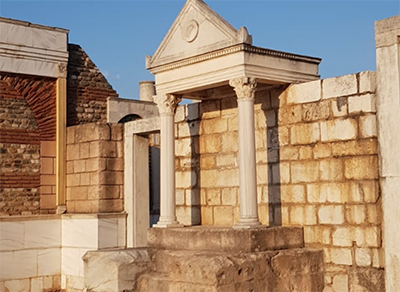 And you wished to spend a Shabbat evening in Cappadocia, what made this evening so special?

Yes, Shabbat in Cappadocia was important, because after the Beit HaMikdash was ruined, when the rabbis who had gathered in the city of Yavneh argued that the Shabbat candles had to be lit only by olive oil, another rabbi had asked: “What will the Cappadocia Jews where there is no olive oil, do? How will they light the candles?”

The history of petroleum begins in Cappadocia. As written in Talmud, in Cappadocia Jews used to light their Shabbat candles with petroleum (naphtha). That was what we reminisced.

During the Roman times, a big Jewish community used to live in Kayseri. They were soldiers in the Roman Empire army, as the Jews were known to be fine soldiers. If the history writes that 12,000 Jewish soldiers were killed during the wars, we can understand that there lived a big community.

After Kayseri, we visited Tarsus and Mersin. On the way there, we visited the mausoleums of the famous Nasreddin Hodja in Akşehir and Yunus Emre in Karaman. While we continued to Malatya, we climbed the Nemrut Mountain at 5 o'clock in the morning and saw the tomb of Antiochus.

Where did you stop by in Southern and Southeastern Anatolia? Including Avraham Avinu's city Harran, many old Jewish communities are known to have lived in those regions. Where did you go?

We went to Tarsus [in Adana]. Jews have also lived in Tarsus. Only 4 Jews are now left in Adana. Even though they are so few, they open the synagogue every Shabbat. We prayed in the synagogue and visited the Jewish cemetery together. Unfortunately, the many cemeteries we have visited were not in good shape.

A Jewish community used to live in Antakya dating back 2,300 years. We were together with Azur Cenudi in the Grand Antakya Synagogue. Later we went to Kilis, Urfa, Göbeklitepe, Harran, and Gaziantep. We prayed in the Gaziantep Synagogue in Tisha B'Av. The Gaziantep Synagogue had been renovated by the Directorate General of Foundations, but unfortunately, nobody has visited the synagogue since it had been reopened.

The remains of the Priene Synagogue

The videos and photos taken in Nusaybin and Diyarbakır touched me deeply, what have you seen there?

Rabbi Yehuda Ben Betera used to live in Nusaybin 2,400 years ago, during the Beit HaMikdash times. He had founded a Yeshiva where the Jewish religion was taught. In Talmud, Nusaybin is seen as 'Netsvin'. In our day not much is left from the past. The region is very secure and beautiful as opposed to what people say. People welcomed us and showed great hospitality. We experienced no problems there.

In Diyarbakır, a man whose mother was Jewish welcomed us. No one was left from his family, they all had migrated to Israel. This man took us to the synagogue in the village of Çermik, which is a one-hour drive away. Since we did not know the exact location of the synagogue, we asked the elders there whether they had some knowledge about it or not.

The replies we received were interesting. They took us to the location saying, "Many Jews used to live here, as a matter of fact, this used to be a Jewish quarter. There were two synagogues. One is ruined but the other is still standing." even though the synagogue was being used as a cellar and storage, it was right in front of us, with Aron Hakodesh (where the Torah scroll is kept) and writings in Hebrew above the synagogue door. After we prayed there, we thanked them and left.

The remains of the synagogue in Çermik, Diyarbakır

I also learned about the Diyarbakır and Çermik Jews, who were not known much until today, that there was a synagogue in Israel called ‘Çermukim’ meaning ‘coming from Çermik’.

What about the Aegean coasts?

About the Aegean... In all of the Aegean, there were the Romaniot Jews who had lived in Anatolia since the Roman era. We visited their most important town Söke, Sardes which bears the traces of the magnificent Jewish synagogue, with the Menorah symbols, dating back almost 2,700 years, Priene Synagogue, Bergama, and Izmir.

In all the places we have visited, I wanted the people to be aware that once Jews lived there. The synagogues and cemeteries there, carry the traces of the history of the Jews who once had lived. Visiting those places and reminiscing them keeps them alive.

All throughout the trip, we also made many tours with the bikes in our trunk. It was a long yet interesting trip. Besides, the time I've spent together with my son, visiting the traces of Jewish history for one month, was really precious to me.