The 2nd Izmir Sephardic Culture Festival which had been organized last year for the first time will be organized between the dates December 26 - January 3. We will once again be celebrating this culture in Izmir´s Historical Kemeralti Bazaar.
SHARE ON TWITTER SHARE ON FACEBOOK
December 13, 2019 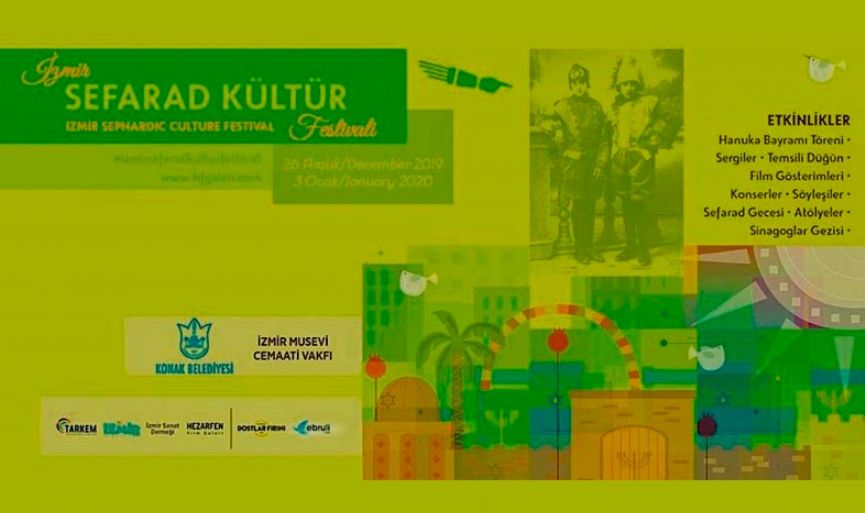 The festival is embracing and sharing the Sephardic culture that is one of the city's most important ingredients but one that we haven't seen among the Izmir city culture for a long time now. Organized by Konak Municipality and Izmir Jewish Community with the contributions of Tarkem, Our City Izmir Association, Izmir Sephardic Culture Heritage Association, and Alsancak Dostlar Bakery, the festival is beginning to become a traditional event.

A grand culture has been living in the memory of the Sephardic society that is a very important component of Izmir and Konak district's ethnic mosaic since the 16th century and especially today. Sephardic people not only brought their culture with them to Anatolia, but they also embraced many elements of the Muslim and Christian cultures as a result of living side by side, intertwined with those societies for centuries. Therefore a Sephardic culture, specific to Izmir, with its music, cuisine, traditions and with reflections on art and literature has surfaced.