Sebla Selin Ok, an academic from Marmara University Fine Arts Faculty Photography Department, decided to dig up her own roots after researching photographs that keep the integrity of identities alive.
Zehra ÇENGİL
SHARE ON TWITTER SHARE ON FACEBOOK
November 28, 2019 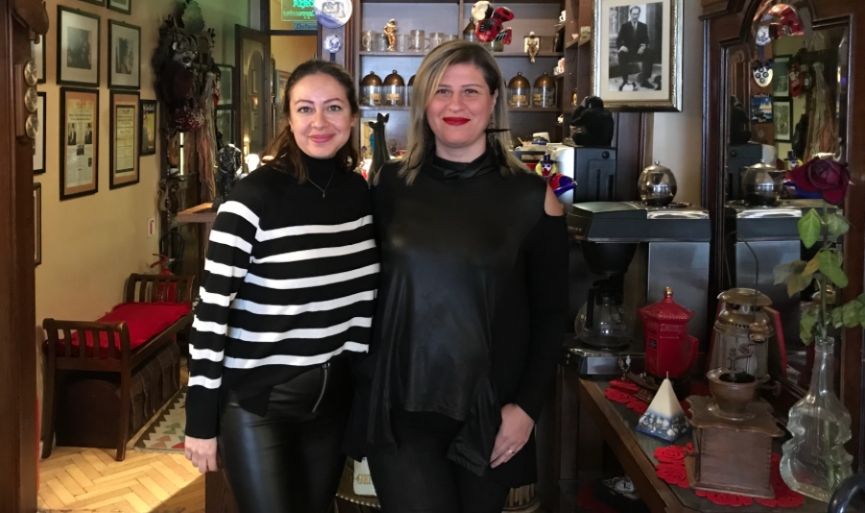 Sebla Selin Ok, after compiling all documents about her Jewish grandmother Malka Benbaneste and acquiring Portuguese citizenship, took a journey to her past. Now, she is working on her research which studies the memory-based relationship between the photographs of religious rituals that are published in Salom Newspaper and the Jewish Community in Turkey. Sebla Selin Ok wishes to present this research to the Jewish Community as a gift.

People around you mostly know you from your academic studies, but today we want to highlight a totally different side of you. We learned that you worked very hard to prove your Sephardic roots. Could you tell us about this process?

I started my research in 2015. I had lost my grandmother seven years before that. She was a Sephardic Jew. She always said her name was Malka, but on her official identity card her name was Nurhan. After losing both her parents at a very young age, only she and her older sister had stayed in Turkey. Her other siblings had moved to either USA or Israel.  While still raising her, her older sister got married to a Muslim man. At the age of 18, my grandmother, following her older sister’s footsteps, married a Muslim man, too. After she got married, her name and religion got changed.  When I was a child, she had great influence over me.  At home or on the phone, she spoke Ladino all the time. 3 or 4 times a year our relatives from Israel would come and visit. Sometimes, she would practice two religions. 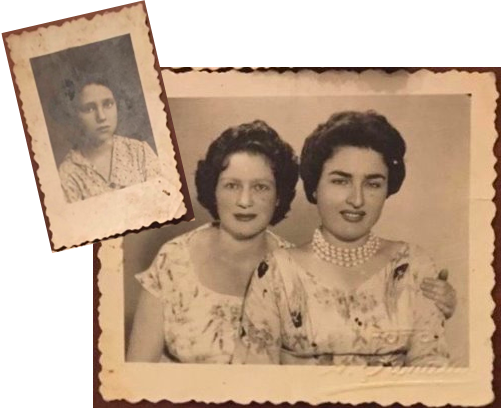 Grandma Malka (on the right)

Did you personally experience these stages?

Of course. There were times when Sephardic dishes were cooked in the house. Despite everything, she would advise me not to tell anyone that she was Jewish. After she passed away, I started thinking about how I could continue her legacy. I wished that I could at least learn to bake borekitas (a Sephardic pastry). Then I heard about the laws enacted by governments of Portugal and Spain (a law inviting the Sephardic Jews who can trace their roots to Spain or Portugal to return and be granted citizenship) and pondered on this new development for a while.  How could I prove my roots and where will this take me? How can this opportunity enable me to go back to my roots now that my grandmother was gone? As I was thinking about all these, I had a teacher at school that I loved very much. I didn’t know he was Jewish at the time. We used to get along very well. We were discussing about whether to stay in Turkey or go to another country to live in. He told me he was going to go to Spain to live. I said to him, “I wish I was in your place.” and told him that my grandmother was a Sephardic Jew.  My teacher told me that his process was almost complete and that he could help me. Thus, started my journey.

What did you learn during this journey?

Sephardic Jews here are very welcoming. My grandmother had pulled me back so much that I was afraid to talk about my roots. As I met more people, I saw that Jews were trying to help and then I felt regret for keeping this information (that my grandmother was Jewish) from everyone for such a long time. When I was a child, I didn’t get any bad reactions, but now I understand what my grandmother went through and why she shied away. There is an amicable life here and there are amicable friendships, but one party always compromises more. It is as if there is an arrangement in which the Jewish one has to be more compassionate.

“I wish I could go back to my Jewish roots”

Since I am an academic, I am normally objective when it comes to conducting a study or a research, but now I’ve come to realize that I can also include myself in the research. The subjects I attach most importance to since I started my career in academics include memory, human, identity, and place. When I acquired citizenship, I thought to myself, “I wish my grandmother was alive.” I knew that Salom Newspaper has kept an extensive archive since 1947.  I wanted to review those archives and see how weddings, funerals and other religious ceremonies evolved in time. I wanted to compare these rituals to those held by people living in Spain and Portugal, today. I also want to learn Ladino, very much.

“Integrity of identity can only be preserved with memory”

Throughout the years, Jewish people were forced to emigrate. In one of your dissertations, you studied the effects of emigration together with concepts of memory and place. What are your findings?

I am still conducting the research. Monitoring the process is more important than the results. Identity runs completely on memory in communities who suffered mandatory emigrations or genocides. That’s the only way to preserve the integrity of identity. The Jewish people suffered both. Today, anti-Semitism is once again on the rise. Therefore, memory is very important for Jews and it should not be lost. That’s why conforming to religious rituals is also very important.  I am trying to prove this fact by using a systemizing method. 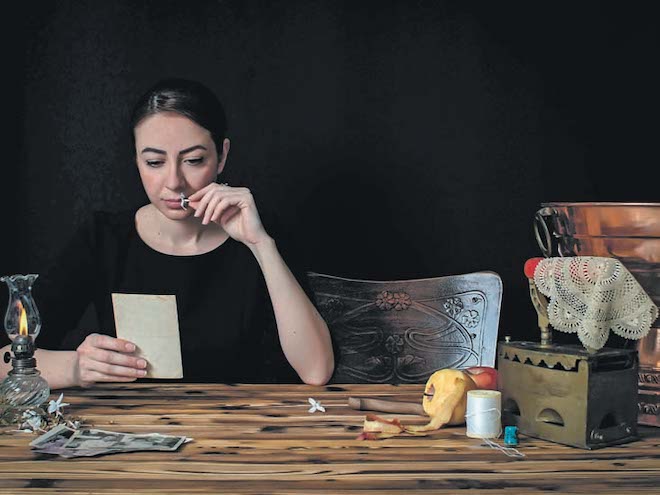 You have a book with the title ‘Depiction of Pain in Memory of Photographs’. Which photograph you saw during your journey agonized you the most?

In terms of pain and agony, nothing can take the place of photographs from the Holocaust period. Photographs are tools that take themes such as pain and love and make people think about these themes from different points of views. I care about reading into the photographs and going deep inside the images. Starting to think about some of these issues is important for humanity. If we don’t start thinking, we can’t take actions.

There are photographs of concentration camps and Holocaust in your book. How did reading into these photographs make you feel?

I still can’t believe I was able to look at them. Probably something happens to you while you are looking at those photographs and as for me, I try to keep a distance. It is the most discussed issue in the world, yet it is still not enough. The things that are revealed (through these photographs) are inconceivable. It is very hard to look at them, but it’s also our duty to look.

Do you have a new book, or a new exhibition planned for the near future?

I want to mainly focus on my research about Salom Newspaper. I even want to take this research to Spain and Portugal and present it as a gift to the Jewish Community. I can only go back to my roots by studying and by channeling my work into the right place.