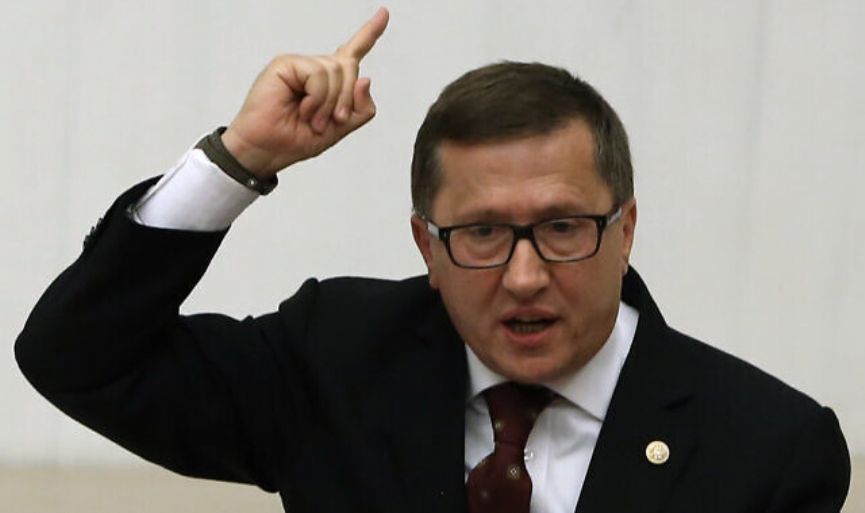 A Turkish opposition MP angered members of his country’s Jewish community on Sunday when he criticized the lavish lifestyles of some Muslims by comparing them to Jews.

Lütfü Türkkan, a nationalist lawmaker belonging to the Good Party, tweeted a video of an upscale event while complaining that “there is a type of Muslim we call ‘Protestant,’ living in wealth and luxury on an income that is unjust; these people have taken on the spirit of Jews.”

His comments came under immediate fire on Twitter from Ivo Molinas, the editor of Turkey’s Şalom newspaper, a Jewish publication. Rather than backing down, the Turkish lawmaker hit back, tweeting, “Not every sentence that contains the word Jew is anti-Semitic. Was this word banned and I didn’t know about it?”
According to the Coordination Forum for Countering Antisemitism, Türkkan has previously tweeted anti-Semitic statements, writing in 2018 that “Hebrews put a piece of soil on the eyes of the dead before burying them. It means ‘let this soil finally suffice to financially satisfy you.’”

He has also called for Turkey to declare Israel a “terrorist state” because it “targeted civilians in its attacks against Palestine and a countless number of women and children have lost their lives,” the Daily Sabah reported in 2014.

According to a report by researchers at Tel Aviv University released earlier this year, anti-Semitism is actively being promoted by government officials in Turkey.

Turkish President Recep Tayyip Erdoğan “often equates Israel with Nazi Germany, while his adversaries use the term ‘Jew’ as a smear against him,” the report said. Anti-Semitism is manifested “increasingly in government officials’ statements” that portray “Jews as cruel killers,” it asserted.

“Today, the Palestinians are subjected to pressures, violence and intimidation policies no less grave than the oppression done to the Jews during WWII,” he said at a conference on Jerusalem in Istanbul, according to a transcript of his speech posted to his website.

“To us, it does not matter who the perpetrator is. Both of these are massacres, atrocities and oppressions. Shelling with bombs the children playing on the beach of Gaza is as serious a crime against humanity as the inhumane crime called the Holocaust.”