Successful Students in U.S. Universities made us proud

Study In America that has assisted students worldwide in getting accepted to top universities in the United States since 1993, elected the top 25 Turkish graduates of American Universities in 2019.
SHARE ON TWITTER SHARE ON FACEBOOK
July 17, 2019 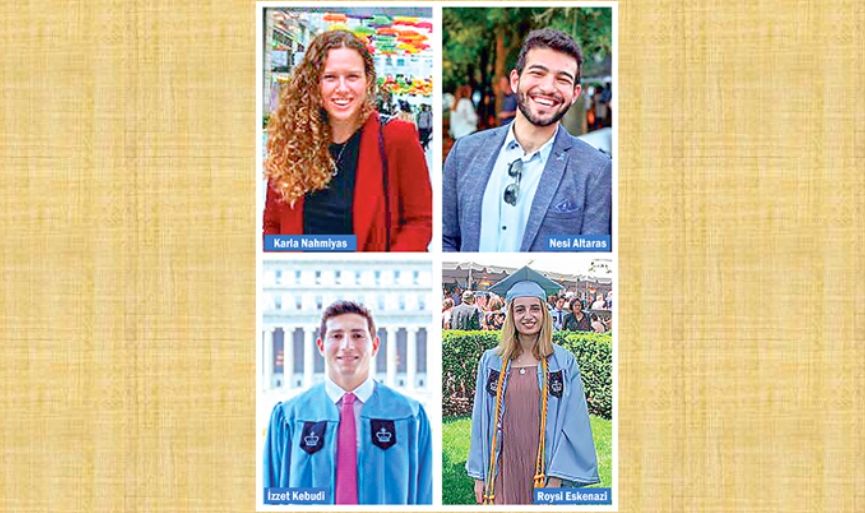 Among the countries that have sent students to the universities in United States in 2019, Turkey is ranked 7th. When the most successful students are being chosen by “Study In America”, not only are they being evaluated by their academic success but also with their leadership qualities. These students help the community doing volunteer works. They are versatile, sophisticated, smart and strong in character. These most successful graduates of 2019 have represented Turkey in their colleges impeccably and equipped themselves to become the future leaders of Turkey.

Izzet Kebudi, graduated from Hisar Schools in 2015 as first in his class also receiving a Mathematics Award. Kebudi worked with the non-profit organization ÇOKSEV (Children Cancers Love and Support Association) which help children suffering from cancer and come from low-income families, get the treatment they need. He organized a summer camp for these kids where they can both travel Istanbul and learn English. Izzet Kebudi started his college education in the Engineering Faculty of Columbia University. He graduated from the major ‘Operations Research’ of Industrial Engineering Department along with a minor of ‘Entrepreneurship with Economy’ in May 2019, with 3.91 GPA and Magna Cum Laude. In addition to these he received many other awards when graduating.

Roysi Eskenazi, graduated from Saint Joseph Highschool in 2015, as second in her class. She attended many Model United Nations conferences and helped organize them during her education. Following her graduation from high school, she started her double major university education in Columbia University along with Sciences Po Paris. In France, Roysi concentrated on Middle and Far Eastern Politics while having the chance to improve her Arabic. In Columbia University she majored in Psychology, minoring in Business Management. She graduated with Summa Cum Laude honor from Columbia University in 2019. After her graduation she started working as a volunteer at the New York State Psychiatric Institute.

Nesi Altaras, graduating with IB (International Baccalaureate) Diploma from the Koç Private School in 2015, decided to go to Tufts University with a scholarship, among the universities he got accepted to. Double-majoring in International Relations and Economy, Nesi acted as the term representative in Tufts University starting from his first year. He spent his third year in Oxford University Pembroke College Politics, Philosophy and Economy program. Nesi who has been accepted to both international relations and political sciences honor societies, spent his last year in college writing his thesis, discussing the reasons why the Kurdish Opening and Solution Process failed in Turkey namely “Opening, Solution and Devastation - The Ongoing Kurdish Problem in Turkey”. He is planning on becoming a faculty member.

Karla Nahmiyas, who also graduated from the Koç Private School with an IB Diploma in 2015, is stating that the secret of her success in high school was being able to balance her academic life, sports life and social life. Until 2015, she was a part of the Turkish National Equestrian Team, representing her country in many international competitions and receiving gold medals. Following her graduation from high school, Karla got accepted to George Washington University and studied Journalism and Psychology there. In college she took part in an organization called “Women in Business Life” and graduated from GWU in 2019 with Magna Cum Laude honor.