Mosque, Church, Synagogue side by side in YENIKÖY

Located between Istinye and Tarabya along the Bosphorus shore, Yeniköy is one of the most beautiful neighborhoods in Istanbul with its verdant landscape, historic waterfront mansions, stylish cafes and most importantly its social environment in which different cultures live in harmony.
Sara KOHEN
SHARE ON TWITTER SHARE ON FACEBOOK
June 20, 2019 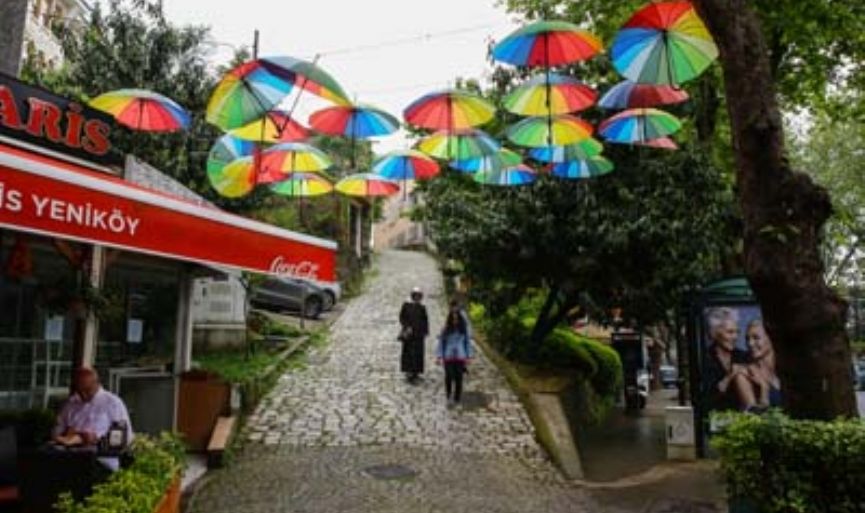 In Yeniköy, where people of different faiths and religions live peacefully, the mosque, the church and the synagogue are all located in very close proximity. Along the shore, people taking a walk, people fishing, people riding their bikes liven up the daily life of Yeniköy.

Yeniköy is a residential district which became inhabited during the reign of Suleiman the Magnificent.  The majority of people who first settled in Yeniköy were Greeks coming from Chios, Lesbos, Naxos and Folgrandos islands in the Aegean Sea. Turks immigrating from Trabzon, Armenians and Jews followed. While the Turks called this new residential district ‘Yeniköy’ (New Village), the Greeks used the word ‘Neohorion’ which meant the same thing.  Later, the Greeks named it ‘Nihori’, short for Neohorion. It is said that the Greeks led a prosperous life in this new fishing village. To practice their religions, Greeks went to Panayia Koumariotisa Church which is still active today. Sanctioned by Sultan Mahmoud, Panayia Koumariotisa Church had been built in 1837, on a land surrounded by strawberry trees.

Tiferet Yeniköy Synagogue was built in 1870 by Kamondo Family, sanctioned by Sultan Abdulaziz. Abraham Kamondo was known to be a close ally to the Sultan. Since he had asthma, he preferred living in Yeniköy, near the seashore because of its breezy air. However, since his house was in Yeniköy, he wasn’t able to go to synagogue on Shabbat. It is said that, Kamondo’s friend, the Sultan, gave a special permission to Kamondo to restore the building across his house and turn it into a synagogue.

Today, the Synagogue is active and has a congregation consisting of Jewish families who live in Tarabya, Yeniköy and Istinye neighborhoods.

Yeniköy Synagogue is located within Grade 1 Cultural Site and it is preserved as a cultural asset.

I would like to thank Mr. Laki Vingas and Mr. Mikail Hannutoglu for their guidance while I toured Yeniköy Panayia Greek Orthodox Church and Mr. Nesim Bahar who gave me information about the history of Tiferet Israel Synagogue.

On the shore of Bosphorus, Mosque, Church and Synagogue side by side: YENIKÖY