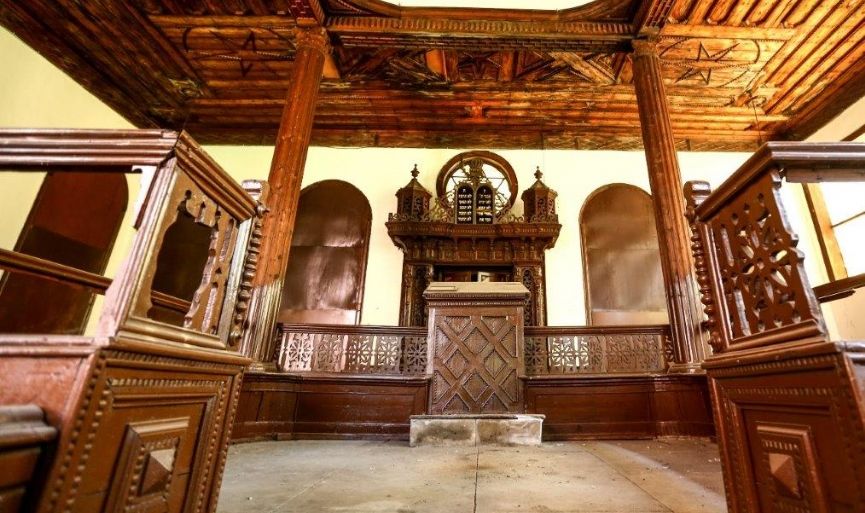 Balat is a district of Istanbul which was made home by different cultures for centuries. Therefore, on its streets there are beautiful churches, mosques, synagogues, hammams, monasteries as a live heritage. Istipol Synagogue is one of these precious buildings with its wooden, deserted structure.

Istipol Synagogue was established by the Romaniote Jews who migrated from Macedonia during the Byzantine period. These Jews because they came from Ichtip town of Macedonia before the conquest of Istanbul, wanted to name the synagogue they established in Constantinople, same as their home town.

When Sephardic Jews came to Istanbul in 1492, forced to leave their homes in Spain and welcomed by the Ottoman Empire II. Bayezid, they also settled around Balat. They mingled with the Romaniote Jews in time and worshipped in this synagogue which was built in the Byzantine period. From an old decree dated November 1st, 1898, it is understood that Istipol Synagogue had been burnt down entirely in a fire and it had been built once again with a special permit.

Nowadays the synagogue is not open for worship, it is under preservation.

I would like to thank Albert Süryano very much for helping me and sharing his knowledge during my visit. You can see the Istipol Synagogue in my photos.