This year at 15th Kadir Has Awards, Prof. Dr. Ivet Bahar received Outstanding Achievement Award. Bahar was presented with her award at a ceremony held at Kadir Has University Cibali Campus, on March 22nd. We talked with Prof. Dr. Ivet Bahar primarily about her studies on neurodegenerative diseases and battle with drug addiction.
Karel VALANSİ
SHARE ON TWITTER SHARE ON FACEBOOK
April 4, 2019 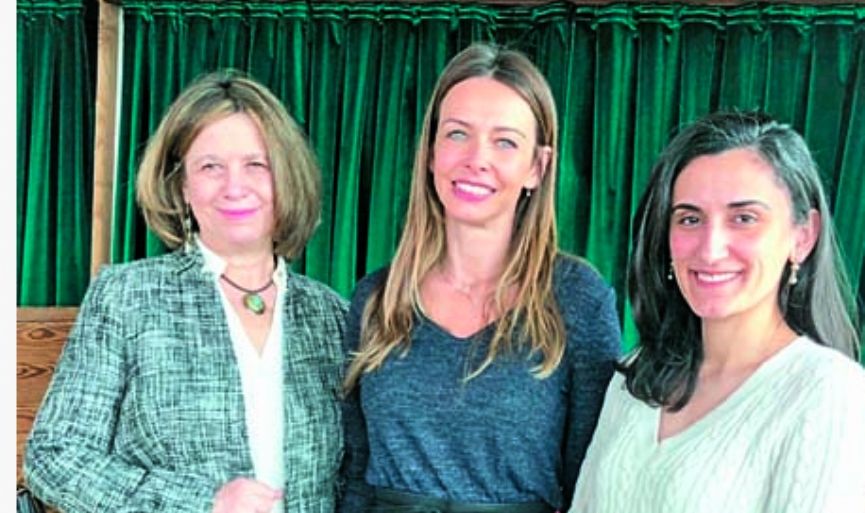 Kadir Has Awards have been granted in memory of Kadir Has University’s founder Kadir Has since 2003. Kadir Has Awards aim to recognize, promote and reward individuals and institutions who made significant achievements on national and international level and contributed to the advancement of their community.

Prof. Dr. Ivet Bahar Founding President and Distinguished Professor at Department of Computational & Systems Biology School of Medicine at University of Pittsburgh since 2004, was granted the “Outstanding Achievement Award” this year for developing theoretical and computational models that explain functional dynamics of biological systems on a molecular level and for contributing to the education of scientists. At awards ceremony, Bahar gave a speech and talked about both her work and her students whom she calls as ‘her academic children’. Bahar had attended Limmud Conference in Istanbul as a speaker and was featured as one of the 36 successful Turkish Jewish women in Naim Guleryuz’s ‘The First Professional Turkish Jewish Women’ exhibition in 2014.

In the speech you gave at the ceremony, you stated that the DNA difference from person to person is as low as 0.001 and that small difference creates the overall difference between us all. What does this little difference tell us?

99.9% of genetic structure of people is similar to one another. In other words, our DNAs only vary by one in one thousand (or even less). The similarity between a human and a gorilla is 96-98%. In fact, there are significant similarities between all living creatures. This indeed is the evolution theory. In time, all living creatures evolved. Even though one in one thousand may seem small, if we take into account that in human DNA (23 pairs of chromosomes) there are 3 billion building blocks (base pair), the absolute number of different building blocks reach 3 million.

So, the ratio is small, but the absolute number is high. As a result, those 3 million building blocks makes us different from one another from our eye color to our risk of getting Alzheimer’s.

We can also look at it this way: in human genome (DNA), there are approximately 20,000 genes. Each gene consists of 2,000 building blocks. So, only two out of these building blocks are different. In other words, in each gene there is the possibility of 1 or 2 mutations. Are these mutations harmful? They are definitely not. Most of them just cause us to have different physical and mental properties. Only a few of them cause diseases. As a result, to understand the connection between genotype and phenotype (gene structure and physiological properties), we must concentrate on only those mutations that are limited in number, especially those disease causing mutations. In prevalent genetic tests (i.e. 23AndMe), these types of mutations are being searched as well as which phenotypical properties your genetic structure has. The advancement and findings are increasingly ground-breaking. As the number of tests increase, the statistical accuracy of data also improves.

You talked about personalized medicine. What does it mean exactly? What kind of future awaits us in drug design?

This is where personalized medicine comes into play. Personalized medicine or precision medicine is an increasingly significant approach. In this new approach there is no ‘disease’; there is ‘patient’.  The goal is to develop treatments based on patient’s genetic structure. Based on your genetic structure, you respond differently to different medications. Therefore, treatment methods must be developed and administered based on your genetic properties and how those properties will respond to medications rather than sticking to broad spectrum (and with side effects) medications and treatments. In the near future, significant developments are expected. And of course, ‘computational biology/genetics’ is one of the fundamental sciences that play a significant role in these developments.

In this case, reducing the side effects of drugs, especially chemotherapy drugs is possible…

Of course. Again, by utilizing the data contained in data banks, new information about side effects of drugs is discovered rapidly. Our group is one of the leading labs in this field. Immunotherapy is a method that has been increasingly gaining importance in cancer treatment. It is a method where a patient’s immune system is activated for treatment to prevent cancerous cells from multiplying. Immunotherapy is a research field that is expected to be in the spotlight in the next couple of years.

You mentioned that recently you have focused on brain. Are there any developments in neurological diseases such as Parkinson’s that could increase a patient’s quality of life? Can you also talk about your studies on neurodegenerative diseases and fight against drug addiction?

Besides basic data and information, the questions we focus on in our studies include: “How does the brain work? Which signals or stimulants make communication of central nervous system more effective or less effective? What kind of stimulants can we use to normalize the operation of the brain? With which medication can we streamline the flow of dopamine carriers or receptors during dopamine transmission which is the foundation of Parkinson’s disease?”

We approach studies regarding drug addiction similarly. At the root of addiction is the defect in dopamine transmission. We have been working on these subjects for the past 5-6 years. We have discovered many ‘potential drugs’. We share our findings with clinical research specialists, and they conduct experiments similar to the ones I have mentioned before. There are new discoveries and publications being released almost every day. In approximately 10 years, we have published dozens of papers. We had demonstrated that many potential drugs are effective on mice. However, the go to market for a new drug takes about 30 years on average. Therefore, I cannot yet say ‘We discovered this drug’. But I can say that we are contributing to the revelation of causality on a molecular level and development of rational treatment methods.