On January 26th, pianist Renan Koen gave a concert at Ataturk School in New York and touched the hearts of art lovers once again with select pieces from her Holocaust Remembrance/Before Sleep album.
SHARE ON TWITTER SHARE ON FACEBOOK
February 13, 2019 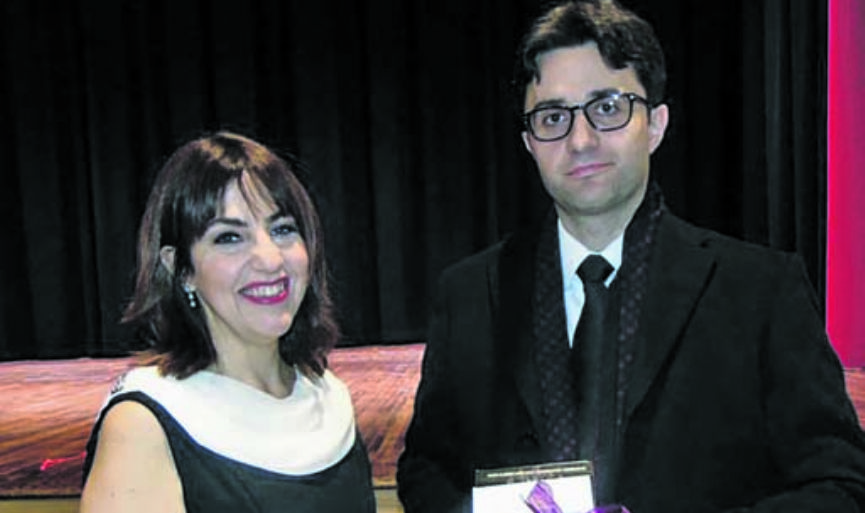 Turkish Consul General in New York Alper Aktas, who with his dedicated efforts played a significant role in the organization of the event, gave a speech where he specifically addressed the students: “(…) Dear children. Nearly 500 years ago, people living in Europe were forced to leave their homes only because of their faith, religion and identity. Please put yourself into the shoes of children around your age, who lived at that period. Consider one morning your mother and father tell you ‘Pack your things. We’re leaving our house’. Naturally you ask your parents why you must leave your house, isn’t that right? Unfortunately, those parents had to answer ‘Because we’re Jewish, we must leave our house, our country. If we don’t, we might get killed!’

The Jewish children who were forced to emigrate from Europe, found refuge in the Ottoman Empire where they built themselves a new life and held on to new hopes. However, many more people in the world were subjected to discrimination because of their faith, their language, their color and identity even after this tragedy. Even worse, in the World War II, millions of people were killed because of this ill mentality. This time, our Jewish brothers in Europe held on to new hopes in the Republic of Turkey.

(…) In the face of this tragedy, all the pain and suffering, it is our duty to say ‘Never, again’”

Following Consul General’s speech, Renan Koen was invited to the stage. Koen first briefly talked about Holocaust and Camp Terezin. She performed compositions from composers who were prisoned in Camp Terezin and continued composing whilst in the camp during World War II. After performing two compositions, she ended her speech by saying, “May our children always smile, may they flourish with their own strength and may they bring peace to the world.”

After Koen’s performance, Consul General Aktas took the stage once again and said that he was deeply touched by Koen’s performance and that Koen is not the only one saying ‘Never Again’, her music is saying it too.