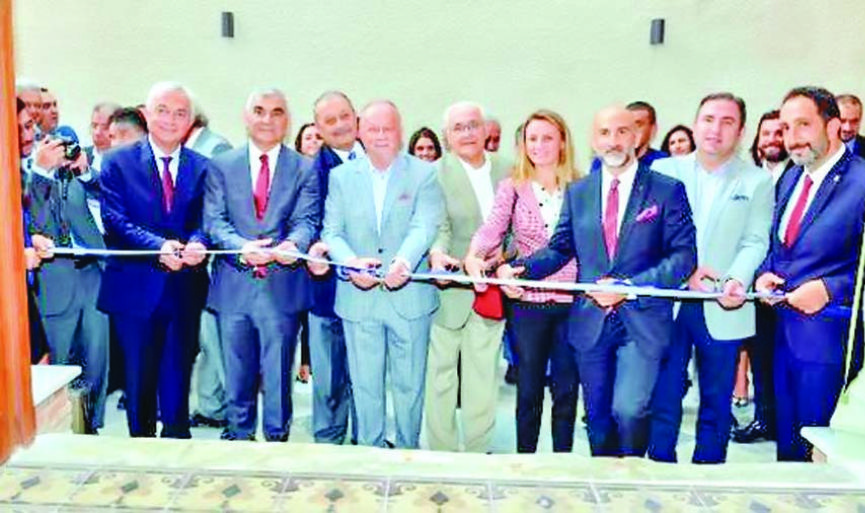 Portuguese Synagogue, located at İzmir’s historic Kemeralti Bazaar which had been renovated by Izmir Jewish Community in cooperation with EGIAD ( Aegean Young Businessmen Association) reopened its doors as a Social and Cultural Activities Center.

Speaking at the opening ceremony of EGIAD Social and Cultural Activities Center, President of Turkish Jewish Community Ishak Ibrahimzadeh said that the synagogue which was built in 1630’s had served as a temple for many years.

İbrahimzadeh stated that with the protocol signed with EGIAD for 20 years, the synagogue will be hosting social and cultural events that will reflect the synagogue’s essence.

The President of Izmir Jewish Community Sami Azar also spoke at the ceremony. Azar said that the synagogue which was built by the Jews who escaped from Portugal have hosted many firsts. He noted that Shabbetai Zevi declared himself to be the messiah in this very synagogue. He also added that in this very synagogue a woman took the stand and recited Torah for the first time. Azar said, “For one month, EGIAD will allocate this new center for Jewish Community’s cultural activities.”

EGIAD Chairman Aydin Bugra Ilter at his speech said that the association took this social responsibility initiative with the aim to enliven the historic area of Izmir and Kemeraltı district and contribute to the city’s tourism. “Our goal is for this center to host social and cultural events organized by EGIAD and its members and also business meetings, conferences etc. organized by companies, commercial chambers and other NGO’s.  We will accomplish our goal for this project as more and more events are hosted here.”

The Social and Cultural Activities Center will host meetings, presentations, trainings, board meetings, seminars about entrepreneurship and exhibitions.