We will see more antisemitism, violence and terrorism. We should act now!

Mr. Ronald Eissens is the General Director and Co-Founder of the Dutch NGO Magenta Foundation, which focuses on international human rights and anti-racism. He also founded The International Network Against Cyber Hate which fights discrimination and other forms of cyber hate. We discussed how to fight hate speech, online antisemitism and we talked about the consequences of the rise of antisemitism in Europe as well as the situation of Turkish Jews
Karel VALANSİ
SHARE ON TWITTER SHARE ON FACEBOOK 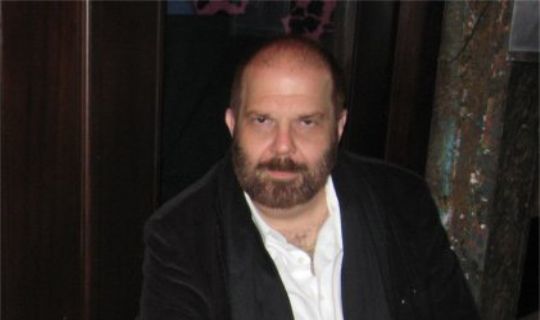 The Global Forum for Combating Anti-Semitism ended recently in Israel. Do you consider it successful? Is there an action plan?

In my view it was more successful than the previous ones, since it was very much geared towards action. For now there is a summary of recommendations. Some of these are quite important like these three:

You can find the summary of the recommendations here: http://mfa.gov.il/MFA/PressRoom/2015/Pages/Global-Forum-for-Combating-Antisemitism-closes-14-May-2015.aspx

How do you describe hate speech? Words are powerful and have consequences. They can be used as a tool of propaganda but at the end they can create a new mindset…

Hate speech is any speech that sets out to dehumanize, discriminate, defame, vilify or insult a group of people on the basis of gender, ethnicity, religion, sexual orientation, skin color, or any speech that incites to violence and murder against said groups. Of course speech like this in the end polarizes society, poisons it even, so that an atmosphere is created in which negative action can be taken against certain groups, e.g. Jews.

Social media distributes hate easily, just by a like, a fav or a retweet. What can be done to fight online anti-Semitism?

A lot. Removal of antisemitic content. When necessary, legal action. In countries where there is no hate speech law, lobby should be started to introduce this law. Counter-speech by directly engaging those who do hate speech. Education; training children in anti-bias, training them media literacy (how to handle the internet, what is hate speech, how to distinguish between valid and false information, how to debunk conspiracy theories and Holocaust denial, where to find tools and information for this.

What do you mean by counter-speech?

This is a pilot project which our Dutch Bureau has been doing. Counter Speech is engaging online discrimination, racism and prejudice through various methods, including countering 'bad speech' with 'good speech', arguing on blogs, discussion groups and web forums and in the social media, dispelling myths using hard facts and information, debunking stereotypes and assertions and doing positive campaigns.

INACH, The International Network Against Cyber Hate, fights cyber hate by exchanging information, by doing joint actions against hate sites and other expressions online, by working with the social media and by lots of other things. Have a look here, you will get an impression: http://www.inach.net/index.php

Is there a contradiction with freedom of expression?

No, not really. Freedom comes with responsibility to protect all citizens. In a few countries, like the Netherlands, the freedom of speech is curbed by anti-hate speech legislation. The rationale for this is quite simple. History has shown that if we let hate speech run rampant, eventually this will lead to a take-over by the haters. In other words, democracy would be abolished and a dictatorship would be ruling. What is the first thing dictators do? The abolishment of free speech. So, hate speech legislation is there for a very good reason: the protection of democracy and the prevention of (ultimately) genocide.

A record number of French Jews made Aliyah. There were clear signs of anti-Semitism in Europe already. On the other hand Islamophobia is also rising and we see that the far right parties are gaining popularity. Where is Europe heading to?

As it looks now, Europe is heading for major problems with regard to both Right-wing extremism and Muslim-extremism. The first directed at Muslims and Jews, the second directed at Jews and ‘the West’ and basically anybody non-Muslim. For the longest time, Europe has neglected to take hard action against the extreme right and has failed to see in time that antisemitic sentiments run high in Muslim migrants and parts of the European Muslim communities have become breeding grounds for violence and terrorism directed at Jews and the countries itself. Since the Muslim population of Europe is by now quite large, politicians have also started pandering to the Muslim vote and are avoiding measures that could aggravate these voters. We will see more antisemitism and violence and terrorism. We will see more Aliyah. This can only be stopped if European politicians realize that they should act now.

Anti-Semitism has always been an issue in Europe. Can we say that there is a renaissance in anti-Semitism or it has a new form; in the form of anti-Israel and Holocaust denial?

‘Old wine in new skins’, as my panel at the Global Forum was called, is I think very apt. Anti-Zionism and anti-Israelism is just another obfuscation of anti-Semitism, in a way a very convenient way to hide that people are in fact antisemitic.

You have been to Turkey before, what do you think about the situation in Turkey? Approximately 17,000 Jews live in Turkey, where 69 % of the general population was revealed to hold antisemitic views according to ADL Global 100 Index.

I think Jews in Turkey are, like Jews in too many other countries, very much under threat. How long people stay, is a matter of how much communities and individual feel under threat. I do not think Turkey is worse than, for example France or The Netherlands. The difference is that in Turkey antisemitic outbursts are more visible, also by politicians. While in the Netherlands and France and other European countries the anti-Semitism is mainly ‘under water’ but is increasingly coming above water, also in the mainstream, and these days mainly coming out of the Muslim communities, the left-wing, and the mainstream.