Prof. Dr. Ali Carkoglu, Dean of Koc University Faculty of Economics and Administrative Sciences announced the results of his field study sponsored by Acik Toplum Foundation, Koc and Ohio Universities The Dynamics of Public Opinion on Impending Elections that will take place on June 7th.
Karel VALANSİ
SHARE ON TWITTER SHARE ON FACEBOOK 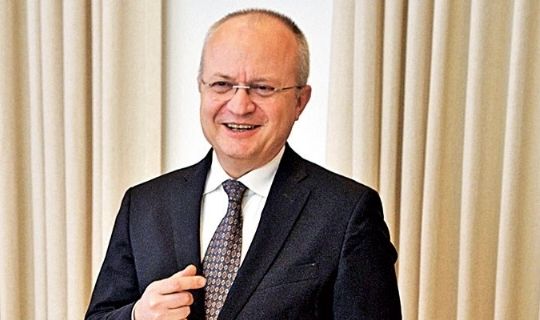 According to the results, economy, as in recent years is perceived as one of the major issues. The most important problem with economy is unemployment, financial hardship and poverty. Another important issue, foreign politics, however is not a priority for the respondents, according to the results. ISIS and Syria issue has been brought up by only 2 percent of the respondents. 2 percent of the respondents also site bribery and corruption as important issues. What’s strikingly missing from this picture is that issues involving women has not been mentioned, at all. While there are so many women being murdered today, the issue couldn’t even make it as a separate subject.

The rate of confidence in AKP regarding its ability to solve current problems in the country is high. Even though CHP and MHP’s confidence rate has increased, both parties are still way below AKP. CHP is especially weak when it comes to issues involving the Kurds. This is especially an interesting finding. Turkish people want to be ruled by democracy. However, they are not happy with the way democracy is implemented. There are no expectations about an improvement in this field in the next five years. The results are very pessimistic. Even though, there are more people who support a presidential system than before, parliamentary system is still preferred by majority. According to the results, Turkey needs a new constitution. The respondents prefer a new constitution on which both the ruling party and the opposition parties agree. Turkish people define themselves as rightist conservative. Even though, they cannot constitute a large group, the number of people who define themselves as leftist is also increasingly rising.

Native language is the major problem regarding the Kurdish issue. In principle, the right to have education in native language is accepted; however the respondents indicated that when the subject involves Turkey, those subjects should be studied in Turkish. Despite prior statements, it is believed that the Kurds’ ultimate goal is to found an independent state. Voters of different political parties share the same opinion. HDP on the other hand is balkanized. The idea of granting more authorization to local governments to solve Kurd problem is not supported. This choice which is associated with the value judgment of people who are accustomed to central administration can be evaluated as a continuance of “let the state do it” rationale.

The most striking result of the study was lack of confidence in the election process. While in 2007, the respondents who answered the question “Will the elections be fair?” as “No, it won’t” was 28 percent, in 2015 this rate increased to 43 percent. When evaluated on political party basis, polarization is more evident. While majority of AKP voters think the elections will be fair, the voters of opposition parties believe just the opposite. A similar result can be observed at the responses given to the question “Will the vote counting be accurate?”