Communication challenges in the age of new media

Journalists, social media experts and professionals dealing with communication and social media from 18 different Jewish communities all around Europe including Israel gathered in Rome, Italy to share their experiences and learn about effective communication via the social media. I was one of the participants.
Karel VALANSİ
SHARE ON TWITTER SHARE ON FACEBOOK 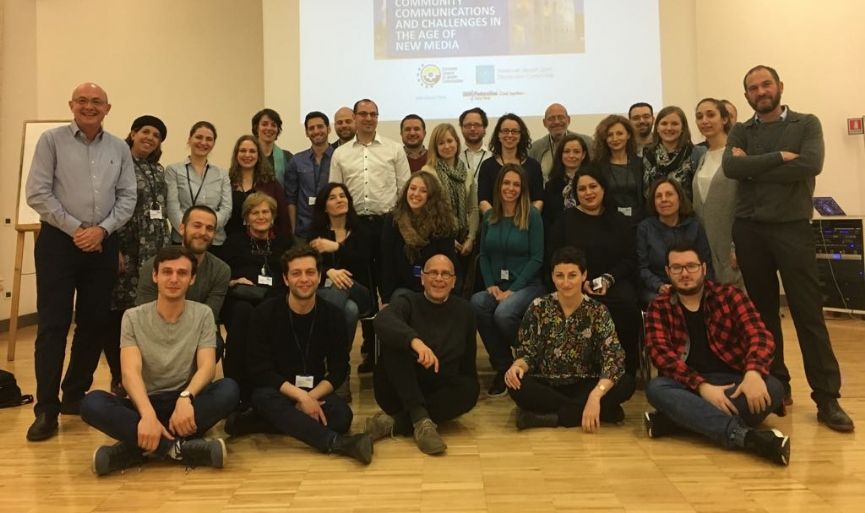 The three-day seminar was held in The Pitigliani Community Center and hosted by Ruth Dureghello, the president of the Jewish community in Rome. The event was organized by the European Council of Jewish Communities, American Jewish Joint Distribution Committee with the support from UJA Federation of New York. Participants coming from Belgium, Bulgaria, Czech Republic, Estonia, France, Germany, Greece, Hungary, Israel, Italy, Latvia, Lithuania, Poland, Romania, Switzerland, The Netherlands, United Kingdom and Turkey explained the challenges their country and their community face and answered the questions coming from their peers. They also exchanged their experiences, best practices and solutions they developed as a response to those challenges. This exchange of information was an important opportunity not only to understand the Jewish communities around Europe but also the current situation in Europe confronting the rise of the extreme right, populist politicians and xenophobia. 48 participants also learnt about how to communicate within the community and how to use the social media effectively by social media and communication experts.

The Jewish community center in Rome was guarded by several security guards with automatic machine guns and armored vehicle. When I talked with the Italian participants of the seminar, I realized that, as in Turkey, security is the main concern of the Roman community dating back 22 centuries in the city.

In a group as diverse as ours, the challenges were very different. However, the rise of antisemitism and especially the rise in the visibility of antisemitism by the social media were one of the main concerns. Anti-Israel or anti-Zionism accepted as the new antisemitism, was another general concern that deeply affects all Jewish communities around Europe. The domestic problems of their countries, the financial problems of their communities, and the lack of interest of the Jewish youth to community events were other concerns shared. The problems related to loneliness among the elderly was a new challenge for the aging population of some European communities where the emigration rate of youth is very high.