On March 19th, Istiklal Avenue, one of the busiest pedestrian avenues in Istanbul was stroke with a horrific terror attack. A suicide bomber detonated himself in the middle of a tourist group. Several people died and many were injured, as a result. Among the casualties, there were Israeli tourists who were visiting Istanbul to experience the exquisite Turkish cuisine. In October, seven months following the attack, Yehudit Sarig and her daughter Rotem, who were severely wounded in the attack came for the first time to Istanbul for a closure, and also to meet a special man, their hero.
Karel VALANSİ
SHARE ON TWITTER SHARE ON FACEBOOK 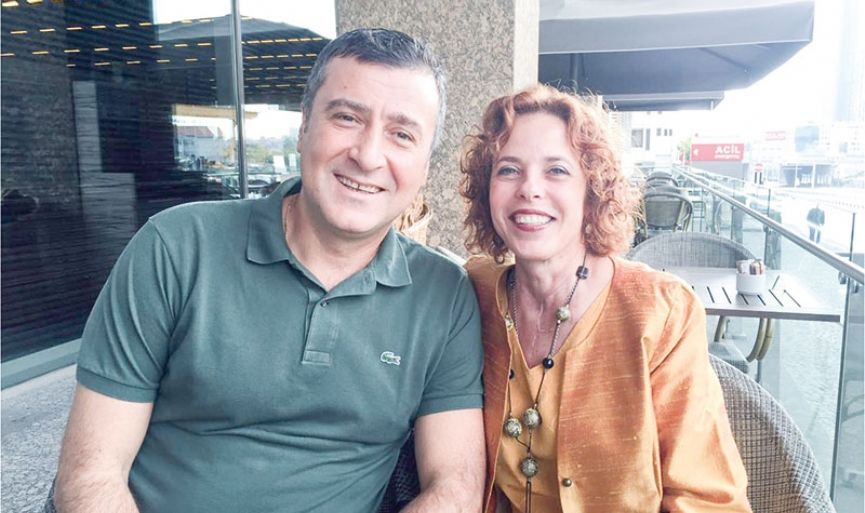 On March 19th 2016, we were all shaken by the terror attack on Istiklal Avenue, a pedestrian avenue lined with international stores and foreign consulates in the heart of Istanbul. Four people were killed in the suicide attack on a Saturday morning. All were foreign nationals; Israeli citizens Simha Siman Demri, Yonathan Suher, Avraham Godman and Iranian Ali Rıza Khalman. 39 people, including 24 foreign nationals and a child, were injured, and seven of the victims in hospitals were in critical condition.

Among the people who lost their lives or got injured was an Israeli tourist group on a gourmet tour. They were in Istanbul to experience the exquisite flavors and cuisine of Turkey. Immediately after the attack, the injured were treated at several hospitals in Istanbul and the next day they were transferred to Israel by an Israeli military aircraft full of doctors from ‪the IDF's Home Front command trauma unit to continue their treatment.

Short after the attack, I had visited the wounded in Tel Aviv and listened to their stories. Knowing their love for Istanbul and Turkish people, I prayed for their fast recovery hoping to see them back in Istanbul in good health.

Seven months have passed since this violent terrorist attack and two of the victims Yehudit Sarig and her daughter Rotem returned to Istanbul for a personal closure. They had a very difficult and painful recovery. Yehudit was put to sleep for several weeks in Israel and Rotem had many operations. When I talked to her, she emphasized the help she received from the Turkish people and their hospitality. “It was amazing,” she repeated.

In Istanbul, they visited the scene of attack in Istiklal, they went to the meat restaurant just like they planned to go on the day of the attack. They also went to Zubeyir Ocakbasi and were amazed to see the picture of all their gourmet group, hanging on the wall of the restaurant.

During their stay in Istanbul they tried to meet all the people who helped them. Yehudit emphasizes that the Turkish Jewish Community was amazing and very helpful. After the attack all the victims were sent to different hospitals and in an hour the community members reached every hospital to be with the wounded until the last minute of their stay. They helped with the communication, and any assistance they could need. She said gratefully, “The community was outstanding, I have never heard of such a community in the world.”

This trip was especially important for Yehudit as she met for the first time Prof. Alper Toker who saved her life miraculously. He was the hero of the day.

Prof. Alper Toker is a well known doctor with mainly cardiac, vascular and lung surgery experience. He was supposed to be in Antalya on the day of the attack for a conference but the conference venue was changed to Istanbul at the last minute. He had just given a presentation on tracheal resection surgery not knowing that he will have to operate Yehudit who came to Capa Hospital in critical condition. He was one of the few surgeons in the whole world with the expertise necessary to operate Yehudit, who was just brought back to life after her heart stopped. He was called to Capa. It was not an easy operation. In fact, this operation was the only one of a kind ever to take place in the world and Prof. Toker was the right person to do so. His presence in Istanbul that day was a big chance who saved the life of Yehudit.

During her visit to Istanbul, she went to Prof. Toker’s clinic. It was an emotional encounter for both of them.

He examined her and checked her health and recovery. She met for the first time the guy who saved her life. They also had lunch together to celebrate life amid all the violence and hate in the world. Now they have a special bond full of love and gratitude that connects the passionate doctor with his lively and resilient patient against all the evils.