Henrique Cymerman: Hamas was saved by the gong with Turkish-Israeli reconciliation agreement

Pope Francis named him as his Angel of Peace. We talked with Henrique Cymerman, an award-winning journalist and university lecturer who has covered current affairs in the Middle East for more than 25 years, the reconciliation agreement between Turkey and Israel, and its effects to Gaza and Israeli-Palestinian relations.
Karel VALANSİ
SHARE ON TWITTER SHARE ON FACEBOOK 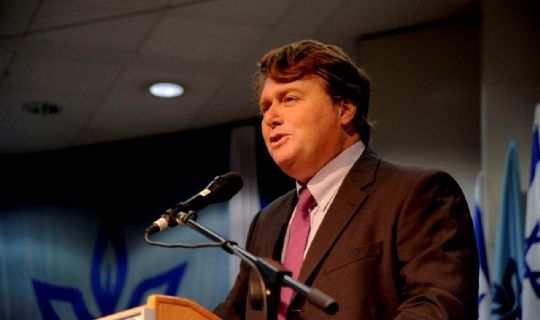 It has been six years since the Mavi Marmara incident. Can we say that Turkish-Israeli reconciliation agreement is six years overdue? Why it was not signed in 2011 when the conditions were already decided? Why now?

It depends on leaders. This is the astonishing part of politics. At that moment there was no real interest by both leaders to reach an agreement. But things changed. In the last five years, there was a tsunami in whole Middle East. There is a kind of world war in the Middle East mainly in Syria and Iraq with the superpowers involved and affecting both Israel and Turkey. With Daesh and the immigrants… everything is just burning in the Middle East. So both leaders try to reach and to find friends and associates. Now, both of them were ready for that. I understand President Erdoğan was even more eager. The agreement was almost prepared but for Netanyahu it is first of all the internal policy. With his kind of coalition, he was waiting for the right moment to accept publicly the agreement. But finally it happened. It is a pity it took so long.

It is the same thing with Turkey, the foreign policy is part of the domestic politics…

It is becoming almost a global thing in many countries nowadays.

The agreement did not realize the demands of neither country, especially on the problematic issues such as the Gaza blockade and Hamas activities in Turkey. What can you say about the future of the agreement and bilateral relations?

Bilateral relations are important for both countries. Both of them are important countries in the region. Five states were eliminated in the last five years; Syria, Iraq, Yemen, Libya, Somalia. I believe the future Middle East will be built at least on five states and Turkey and Israel are going to be there in the future Middle East. I would call it the Sykes-Picot 2.0 borders. It will take some time but it will happen and Turkey and Israel are there. Their commercial relations are excellent. Tourism in the past was really amazing, hundreds of thousands of Israelis used to visit Turkey. I believe that the security and defense relations were important relations in the past, so why not to continue with that?

What are the main problems still not solved between Turkey and Israel?

I understand that there are basic problems between the two governments. The new government in Turkey is seen as representing the Muslim Brothers in a way. And this is a problem. But even like this, Netanyahu took the decision to reach an agreement knowing that this could be a problem in his relations with Egypt which are very important today with President Sisi. This could also be a problem in his relations with two European countries like Greece and Cyprus. There is a big question mark for the diplomatic relations of Israel after this agreement.

How about Palestinians? Will there be a direct effect to Israeli-Palestinian relations?

I believe there are some serious problems there, that should be confronted in the near future. It is the fact that Hamas was saved by the gong in this agreement. Hamas is leading the biggest crisis ever since its creation in 1987 and thinks that they were saved by this agreement and by the support of Turkey. That creates even deeper two Palestines; one in the West Bank and one in Gaza which complicates more the possibilities in the future of an agreement between Israel and the Palestinians. It is not a two state solution any more, it is a three state solution.

How Turkey rescued Hamas with this agreement? How about the Palestinian Authority in the West Bank? What they think about this development?

Turkey is supporting the government of Hamas in Gaza in economic and humanitarian point of view. Turkey in a way becomes the mentor of the government in Gaza. I can tell you Ramallah, the Palestinian Authority (PA) is quite concerned. Don’t forget, there is a situation that even the president of the PA is not able to visit Gaza, since Hamas came to power, since the coup d’état in Gaza. That is a problem for the Palestinians in Ramallah. They are concerned and they think Turkey is supporting Hamas. There is also a positive side. Some analysts think that maybe the support of Turkey is avoiding a new war between Israel and Hamas; a fourth war. With this agreement, I think President Erdoğan has a say in Gaza. He can stop any kind of events similar to what happened just 2-3 days ago; the rockets that were launch to Sderot and Israeli strong reaction. This kind of events are very dangerous, is like playing with fire. I believe Turkey can have a role to stop it. Turkey has an interest, Israel has an interest, Gaza is very important for both countries

“THERE IS A NECESSITY OF CONFIDENCE BUILDING MEASURES”

Natural gas is seen as one of the catalysts of the agreement. Do you agree?

Israeli gas is quite a miracle in many senses for Israel. Turkey needs this gas and Israel would like to see this gas going through Turkey to Europe, as Netanyahu has said it clearly.

Do you expect a military or intelligence cooperation like in the 1990s?

I doubt it. I don’t think it would be so fast. I think there is a necessity of confidence building measures. It will take time. You can’t rebut instantly things disturbed after many years of cooperation.

How about a cooperation in the war against terror?

I hope there will be more cooperation because there are common interests. I think Daesh and other groups in the area are threatening the whole region. And it is threatening first of all the Islamic countries. I believe it is not a clash between civilizations, it is a clash within the Muslim civilization. Both sides have lots of things to contribute to this coalition, even Israel not being part of the international coalition against Daesh. Both parts should be involved in the creation of the new borders in the Middle East in the future. This cooperation is vital.

How the Israeli public reacted to the agreement, to the 20-million-dollar compensation?

Some people said that it should not be done, they say Israel was attacked by radical Islamists. There is a political discussion, as in everything in Israel. I am sure some of the people, some of the politicians that now criticize Netanyahu would sign the same agreement if they were in his place, because it was a win-win situation for both countries.

Knowing the rise of the anti-Israeli sentiment in Turkey after the Mavi Marmara incident, how Israelis think about coming back to Turkey for vacation?

I was in Turkey last month and I saw more Israelis than last year going to Turkey for vacation. But it is not enough. I saw some surprised, in the hotel we stayed in Kemer, when they saw Israeli passports, for instance.

People are still hesitating to go because they don’t know exactly what to expect. If there are no incidents against Israelis visiting Turkey, then they will come. If things get better between the two countries I expect more Israelis to go, more business to happen, like in the past. There are a lot of national interests for both sides that should be fulfilled. But all depends on two people; Erdoğan and Netanyahu. If they are moderate in the way they speak, if they are careful in the way they build the relations I think things can get better.