Aaron Nommaz´s novel about Dona Gracia who had established strong relationships with the Ottoman Empire, and who had had a special place among the Ottoman Jews, is waiting to meet the Israeli readers being translated into Hebrew.
Elda SASUN
SHARE ON TWITTER SHARE ON FACEBOOK
July 22, 2020 2093 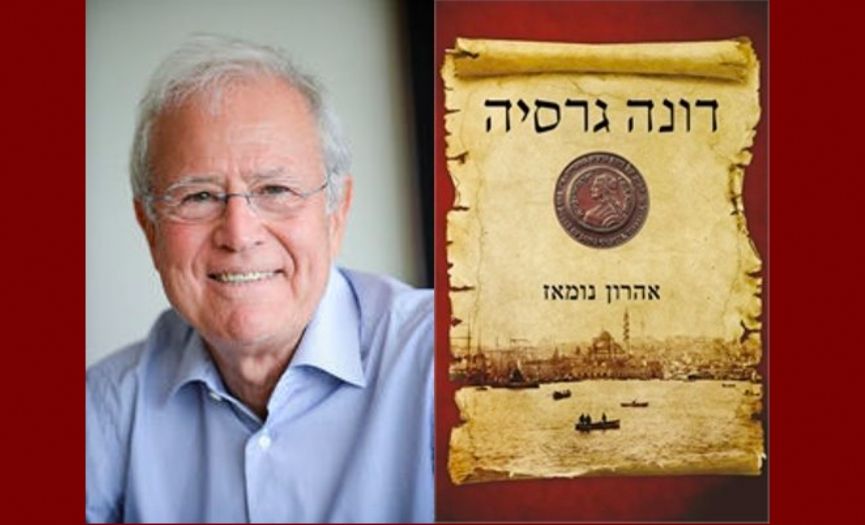 Aaron Nommaz an engineer with family roots extending to the Ottoman Jews who had come from Portugal, had first written his novel Dona Gracia in 2016. When published in Turkey his novel received a great appreciation since it had brought a lesser-known historical figure into the light. Nommaz's novel has recently been translated into Hebrew by Niv Books, and published in Israel.

Nommaz built his tale around the intriguing life story of Dona Gracia, a heroic historical figure for the Jews, as he had perceived her as the most important symbol of the joint history between Turkey and Portugal. After his research of many years, he had summarized the role of Dona Gracia, born in 1510 in Portugal, in the Ottoman lands where she had died, as the 'Jewish Banker of Kanuni' in the title of the Turkish version of the novel.

Furthermore, Dona Gracia was a character who had devoted her whole life to rescuing the Jews from the damnation of the European Inquisition. Nommaz while telling about Dona Gracia's never tiring struggle in saving the Sephardic Jews from the Inquisition conflicts after they had been deported from Spain and Portugal, thanks to her wealth, agility, and courage, he's portraying the story based on real, mysterious, and suspenseful facts.