We must take the necessary lessons by looking at history

We talked with Yusuf Tolga Unker, a research assistant at Maltepe University Graphic Design Department about his exhibition Visions of the Holocaust which took place at the Quincentennial Foundation Jewish Museum of Turkey from January 24th until March 30th.
Virna BANASTEY
SHARE ON TWITTER SHARE ON FACEBOOK
April 1, 2019 3196 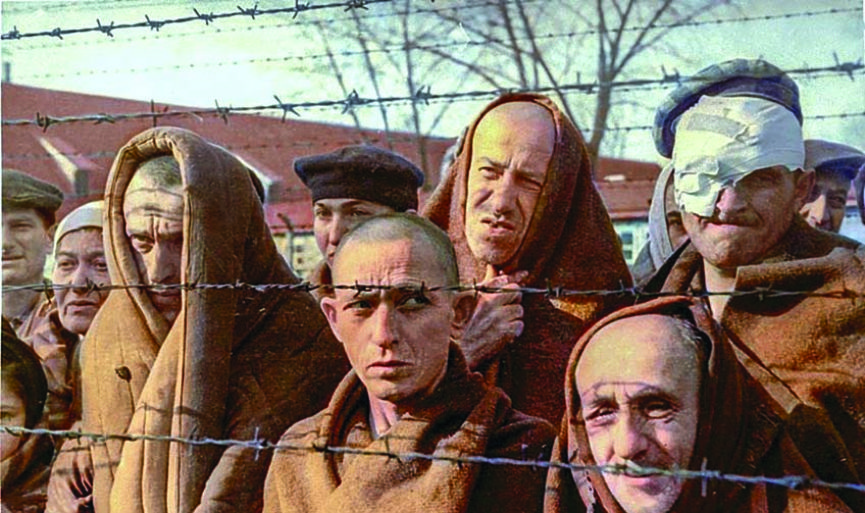 When did you first learn about the Holocaust? How did it make you feel?

When I was in middle school, I used to watch documentaries about World War II, on TRT. That’s when my interest was piqued in the things that happened during the war. I read ‘Mein Kampf’ and I was deeply moved by this inhumanity, this pain and suffering human beings put other human beings through. That’s when the idea of portraying the evil induced by this empire that spread terror and used hate, came up.

How did you think of colorizing Holocaust photos? What was your purpose?

I had already started colorizing select photos from World War II. The colorized photos looked more authentic, more real. Eventually, these photos I colorized turned into a project. The only thing I had in mind while working on this project was that it was essential to not let this pain, this suffering ever take place again.  My goal was to allow people who may or may not know about Holocaust sympathize with all those people who suffered and died and also raise awareness and sensitivity especially among younger generations towards past events.

A person who lost members of his family in the Holocaust reached out to me and asked me to colorize their family photos taken at that period. When the elderly members of the family, most of them in their 90’s, got the colorized version of their family photo in their hands, they got really touched and emotional. This was another aspect of my project.

Apart from being influenced and affected as a human being by these tragic events, as an artist, I thought that I must show more sensitivity. To do that, I decided to use the power of art to combat ignorance.

How were the reactions to your photos?

These photos are important since they are documenting crimes committed against humanity which people find surreal and they make non-believers face the harsh reality. I believe these photos must be seen by especially Holocaust deniers who claim it never happened and by those who support antisemitism.

Even though people think the Nazi Empire is embedded in history, the impact of what it has done is still seen. Today, unfortunately, there are some people who from time to time try to resurrect it due to the ignorance of people or distortion of truth. Even though the project may appear to be done for a certain religious group, its main goal is to show and tell everyone about this huge humanity issue.

Today there are still people around the world who think they are joking when they are using the words soap and furnace. They never think that these horrible things could have happened to them or to their relatives. Maybe they have this notion that horrible things happen to bad people, but horrible things can happen to innocent and good people and history demonstrates that. We must look at history and take the necessary lessons.