The date was November 14, 1960; the setting was the Egyptian capital Cairo. Colonel Cemal Abdulnassır was in power. The number of Jews remaining in Egypt numbered at only about hundred families. On that day Radio Cairo broadcast the following message: Haim Nahum, Chief Rabbi of Egyptian Jews since 1925, has passed away today in Cairo at the age of 88.
Sami AJİ
SHARE ON TWITTER SHARE ON FACEBOOK 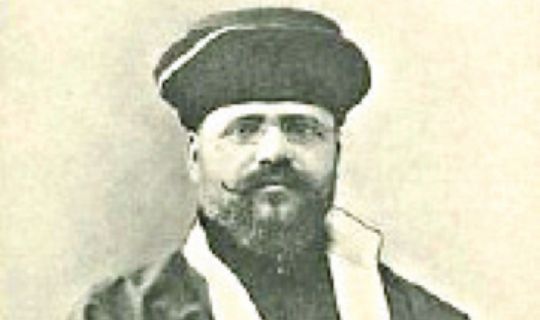 The following day, a funeral was being held at the famous Sha’ar Ashamayim Synagogue in Cairo. However, there was an incredible level of participation at this funeral. Muslims, Christians and thousands of people, regardless of their religion or belief, had congregated at and around the synagogue. It was almost as if all of the Egyptian people were competing to fulfil their final responsibility towards this exceptional individual.

An important point made during the eulogies was his service towards the congregation in Egypt and the Egyptian people throughout his term. Additionally, his boundless culture, his diplomatic skills were also mentioned, by making reference to his mastery of Arabic, Farsi and French and his affinity for these cultures. It was also indicated that he had partially conveyed this information and skills to his works.

The JTA Newspaper published in Jerusalem (the Jewish Telegraphic Agency published since 1917) reported the same dates as:

“Rabbi Nahum gained the trust of many heads of state and ministers, both in Turkey and in Egypt. Rabbi Nahum, who was an expert in Jewish and Muslim history and Semitic languages, had lost his sight 22 years ago.

Rabbi Nahum, who was born in Manisa, gained his title of Rabbi in 1897 once he completed both the Paris University and the French Jewish Religious Higher School, where he has been studying after completing his undergraduate education in Istanbul. The rabbi, who had from that date on been working as a teacher in different religious and secular school in Istanbul, was selected at the Chief Rabbi of the Ottoman Empire in 1908 and continued this position until the end of the First World War.

He moved to Cairo in 1924 and was appointed the Chief Rabbi of Egypt the following year.

Despite being opposed to Zionism, Rabbi Haim Nahum had meat many of the Zionist leaders during his different positions and travels”.

However, I think it is necessary to mention and expand upon the contributions of Chief Rabbi Nahum “Effendi”, both to the Ottoman Empire and to our Republic.

If you paid attention, you would have noticed that both the Egyptian Radio and the Israeli newspaper of 1960 did not mention his titled of “effendi”. Perhaps they forgot about it. He was granted the title of effendi following his appointed as the chief rabbi of the Empire, and he is the only person to have been granted this title.

When he took charge of his position in 1908, Nahum Effendi, with the force of the Alliance behind him, made important efforts to prevent the Zionist movement gaining traction within Europe from spreading within the Empire. However, at the same time, he utilised any and all means to assist the Jewish congregations in financial need across the Empire, including in Palestine.

The engagements in Trablus/Benghazi, the Balkan war and the subsequent First World War happening in short succession had everyone focused on war. The Chief Rabbi wanted and encouraged all Jewish congregations, regardless of where they were, to take an active role at the front of these engagements. All of these efforts were appreciated through different means by the then ruling governments.

At the end of the war, Chief Vizier İzzet Pasha sent the Chief Rabbi to the European countries so that he would be able to support the Ottomans during the ongoing peace negotiations. Once he returned from this task, both due to the conflicts within the congregation and due to the increasingly tense political situation in the country, Rabbi Nahum Effendi decided to settle in Paris in 1919.

Once there, he continued to support this country. Particularly, with this articles published in “Le Matin”, one of the most popular newspapers of the time, the constantly stated his belief that Turkey could be the closest ally of Europe and a trustworthy friend. He did not only write articles, he also constantly met with French officials and the ambassadors of the other countries present regarding this matter.

In the November of 1922, once it became apparent that the peace conference in Lausanne was to be held, Haim Nahum Effendi was invited by the Turkish Grand National Assembly to be a consultant with the delegation attending the negotiations. Having accepted this task, Haim Nahum used all of his knowledge and contacts during the negotiations to ensure that the conference was concluded successfully.

Towards the end of 1923, he was issued an invitation by the head of the Egyptian Congregation and moved to Cairo. He spent the remainder of his life there.

His grave in Cairo has still not been found. However, in the 55 years that have passed, his glorious mausoleum has gone to ruins. However, he rests in peace.