Founder of JEWS OF TIRE from Turkey: It is our responsibility to share our Jewish Communitys stories with the world

Located approximately southeast side of Izmir city, Tire is not often mentioned when speaking of Jews from Turkey. While searching the archives, Murat Sanus, a director at the Municipality of Tire, discovered the old pictures of Tirean Jewish couples and then his journey began...
Riva HAYİM
SHARE ON TWITTER SHARE ON FACEBOOK 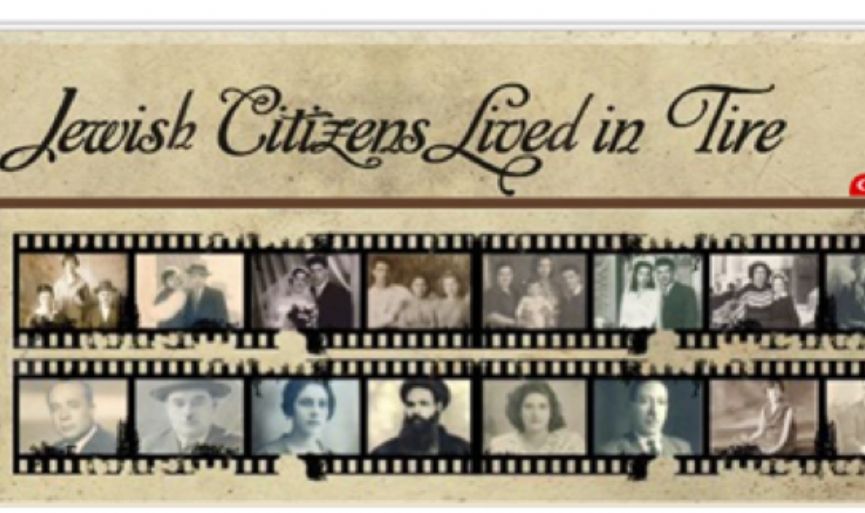 Could you tell us a little about ‘Jews of Tire Project’? How did it start?

I am the director of external relations and social projects at the Municipality of Tire, Izmir Province in western Turkey. In 2013, during a research among the archive of marriage contracts, I saw the pictures of Tirean Jewish couples. They were extraordinarily well-dressed in 1920s and 1930s. It was like a European Community living in a small Turkish town. It was very interesting to me. Then, I decided to discover more of our old Jewish Community. I have studied maybe more than 150.000 documents up to now. Official and religious marriage contracts, birth certificates, school, military service, deed, funeral records and more. We have also found nearly 300 old tombstones, mainly from underground, and collected them at a new Jewish cemetery after transcripting and archiving them all. Now, the database consists of each and every Jew who lived from 1800s to 1960s at Tire, plus some more from older centuries, 6.500 in total. You can find them at: www.jewsoftire.com. This is a collective work, supported by the input and participation of many volunteers around the world. Who did you collaborate with?

While constantly enlarging our Jewish community database, I tried to get in touch with the descendants of those people from all over the world. I’ve also created a Facebook group called Jews of Tire in order to facilitate information exchange between the members.

People were so touched by the voluntary efforts and by finding out about their family trees for the first time. As people found out about the events that helped shape their ancestors’ lives, and made a journey further back in time to find their ancestors’ records, they started to help me. For example, Dr. Dov Cohen from Bar-Ilan University transcripted all the tombstones, we found. Prof. Minna Rozen from the University of Haifa was so kind to share her database of old Tire Jewish Cemetery (She visited Tire at 1987 and catalogued and archived all the tombstones she could find during her visit). Unfortunately, some of the stones from her list, are not present right now. Likewise, we have found some new, additional tombstones that are not listed by her.

Dr. Efrat Aviv from Bar-Ilan University donated family pictures and enlightened us with interesting stories regarding the Jews of Tire.

Mrs. Laurence Abensur-Hazan is a well-known genealogist living in France. She also wrote two articles about this project called Kaminando i Avlando (in French) and Avotaynu (in English) to reach more people and to help our voice be heard. Thanks to her, I had the opportunity to learn different techniques and sources to chase history of our Tire born Jews. You know what, if you try to make something good, people always find you to help. Well, this is that kind of project. Are people surprised when they find out that a volunteered Jewish archive project has been initiated by a small group in a Muslim country?

They were, indeed; especially at the beginning. When I found a descendant from a genealogy database or on Facebook, first I dropped them a message, explaining my project and my wish to help them with their family trees. At first, they think I am doing it for money and ask the subscription or service fee. Sometimes it is hard to convince them that all my services were free of charge. After a couple of informative e-mails, they began to help me with family pictures and stories. I have thousands of old pictures thanks to those friends. What are your next plans for Jews of Tire archive project?

A full database with information on 6.500 Tirean Jewish people is collected. A genealogy website made a   75.000 dollar offer to buy the database, however I preferred to build a free website to reach as many descendants as I can in order to display the information. I believe, it is better that way. The data should be freely available for everyone to use.

During my communications with the Jewish people around the world, many touching and emotional stories were collected about our old Jewish Community.

Now, I want to make a documentary about three siblings who moved to Paris to find a spouse and who were captured by Nazis and were killed at Auschwitz. Their descendants live in Israel and there is a very tragic story behind this sad event. I want to tell the story of Kalomiti family to the world, show the horrible face of hatred, genocide and any kind of war. We are planning to work with the well-known documentary director, Cem Fakir, for this project.

As far as I know, this kind of archive works is usually supported by different channels. What stage are you at in terms of getting support from the Turkish state, international funds or sponsors?

I didn’t get any kind of grant aid or applied to any funds up until now. I have spent a noteworthy amount (in my terms) for the research and devoted my three years to this project.

Now, our next step is fiscal sponsorship. Our documentary budget is around $ 60.000 and I am seeking sponsorship/ collaboration for the documentary. It will be filmed in Turkey, Israel, France and Poland. Although it will be a pompous work, our budget is very affordable as the crew consider this as a charity work. No matter what, we won't lose hope! I have some old letters and pinkas written in Ladino. We are getting help from our Turkish Jewish Community for Ladino translation. Unfortunately, nobody could transcript those pinkas up to know. During the project phase, which story affected you the most?

It is like comparing your children. It is impossible to answer. Each story is a tragedy of its own! Nevertheless, the faith of Kalomiti siblings is really a tragedy.

And the last sibling of Kalomiti, out of ten, learned that his brother and sisters were killed in Auschwitz after 50 years...

Another lady has learned that she had an uncle who died as a child. Her father never mentioned him. Maybe he was also not aware of him. However, he died a week before I told her daughter the truth.

Wife of first Israeli astronaut Ilan Ramon was from Tire. As you know, he died at the Columbia space shuttle disaster.

While supplying information to an old lady, born in Tire, I have discovered that she was adopted as a baby. She learned that she was from another family after 75 years. Those are a few examples…

Is there any particular point that you would like to communicate to the authorities?

Firstly to the descendants of Tirean Jews: Please write me. I’ll try my best to supply all the information and send pictures, signatures and documents of your ancestors. I can also get the documents showing your Sephardic roots. The cost of my service is the happiness it brings to people.

And for the authorities:  I need your help and guidance to make the documentary.

According to some sources, first Jews were exiled to Tire during Alexander the Great.

Now it is my turn to pay our debt of gratitude to them and share their stories with the world.  Our dream is to participate in festivals with this documentary and hopefully our old Jewish Community, and their stories will be recognized worldwide.